It’s good to see Peter Kennaugh on ITV4’s coverage of the Tour de France, he looks really happy and content in retirement!

Not so good to see the broken man that was Yoann Offredo at the end of stage 8. It was yet another example of the huge mental toil that can be required to get you through some long hard miles on a bike even at the top level of the sport. He had been suffering with a stomach virus and was dropped off the back of the peloton early on stage 8 of the Tour and had to ride mostly alone to make the time cut. He also had a hard crash early in the season which left him partly paralysed. 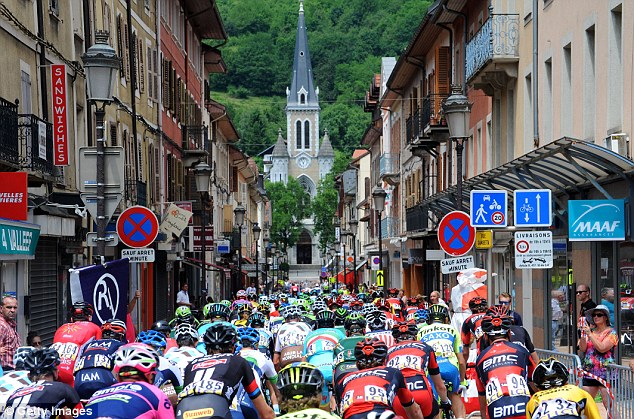 "Two months ago, when I had degressive quadriplegia, I said I would never complain on a bike again. Frankly, I failed a bit because I complained a lot of times, I couldn't take it anymore. I turned myself inside out. I said to myself only one thing: 'Abandoning is out of the question. The Tour may abandon me, but I don't abandon the Tour'."

The mental stress on riders can be overwhelming, even more so during the biggest race in the world. We have also witnessed the UK’s great champion Mark Cavendish having a tough couple of years struggling with Epstein Barr virus culminating in his first non-selection to the Tour de France in many years in 2019. It’s not surprising to see two top riders, riding at the highest level in big teams retiring early - Marcel Kittell and Peter Kennaugh. 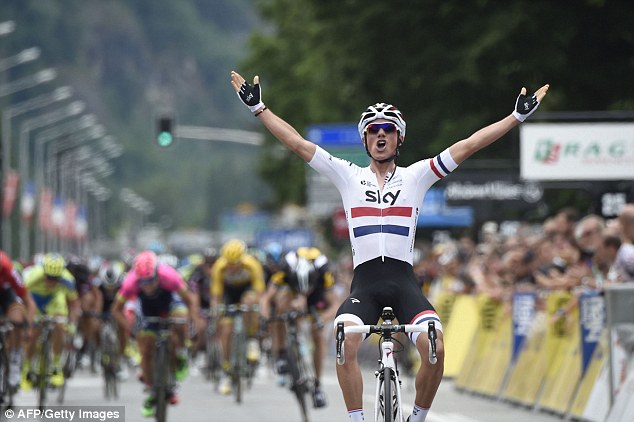 Kennaugh was in a group which had moved clear from the peloton through the final climb towards Albertville / AFP/Getty Images / www.dailymail.co.uk

It reminds me of one of the main reasons why I made TIME TRIAL. I wanted to show the reality and the difficulty of racing at the highest level. We witness this first hand in the film, the racing David is getting tired of. Whether you’re a World Tour rider or a weekend warrior the rigour and sacrifice are inherent to racing a bike well but often the mental pressure we put on ourselves can be overwhelming whatever we do.

My film takes place at a moment in time. I wanted to capture the sport I love as I experienced it in an epic unconventional way and David’s troublesome last season allowed that to happen.

Like David I also got thoroughly sick of bike racing. The difference was, he made a career out of it and was hugely talented and uniquely gifted to have survived for so many years. It’s difficult to explain how challenging it is to have the long career he had but hopefully the film gives an insight into this difficult sport and allows an audience to feel the physical existence within the race. I wanted to show that reality and convey the sensations of racing - putting the audience on the bike during a particularly hard moment in time. I didn’t want to create a shiny portrait of ‘epic’ sacrifice and hard-ship, I wanted an audience to understand the unglamorous dirtyness of it all.

Unfortunately for David in 2014, the year he retired, it was difficult for him - he wasn’t good anymore, he’d lost it, mentally not physically. I think that focus comes quite easy when you’re firing on all cylinders and managing the pain/race/strict regime, but if you take your eye off the ball for a second you instantly struggle. The year earlier he had announced he was retiring from the sport he undoubtedly wanted to go out of the sport on a high - with a win and most definitely riding one last Tour de France.

I wince when I think I used to ask him to try for just “can you do just one wee breakaway today for the camera please”! I really didn’t realise how much he was struggling and how much effort that would take.

Like Marcel and Peter he simply couldn’t do it anymore.

It would have been great for my film and I personally would have been really proud to see him going out in a blaze of glory - the perfect Hollywood ending. But unfortunately like most of us his career quietly fizzled out. For Marcel and Peter to quit now, while they’re ahead is brave and perhaps wise, clearly a decision they didn’t take lightly.

I do have fond memories of Marcel coming along to the nightclub shoot in Girona to be an extra in the disco scene in my film where I met him briefly. His film star looks and confidence were striking.  And I also won’t forget when we shot my previous film Standing Start the chutzpah of Peter barrelling off the front at the Manchester velodrome, constantly attacking the field when he was junior world champion. A prodigal talent sure to go on to do great things.

I’m sure they’ll carry on to do great things in the 'real world' they’ve had a pretty amazing start in life doing the sport they love.

If you're dying to get a bespoke order of our now sold out A2 Litho Poster Print let us know. For Chpt3 issue Time Trial T-shirts, caps and musettes, head to the Chpt3 shop for special edition merchandise here.