Towards the end of Giro d'Italia 2013 we went to the Dolomites to test the shooting apparatus and shoot some footage to convince funders of the idea and concept of Time Trial, then provisionally called "David Millar Project"

Once we arrived in Italy, we packed ourselves into two vans: myself, producer Sonja, cinematographer, sound recordist, 2nd unit camera, fixer / driver, motorbike pilot, two Steadicam operators and all of the camera, kit and lenses that we'd lugged over, thanks to Progressive Broadcast. We met up with the grip technician and motorbike pilot at the first Autogrill we could find. Now we were a team of ten! That's a lot for any documentary.

There was a real air of excitement - we munched on our panini, espresso and dolce, fervently chatting about the race so far and the magical things we would be able to capture after months of planning and testing. This was to be the first time we were to shoot at a race with David, like I had always imagined! On our last research trip to Italy for Tirreno-Adriatico, David wasn't there due to a last minute change in race schedule, and I had just broken my collarbone, arm in sling, post surgery. This time there was a Mountain Time Trial which I was particularly looking forward to shooting. These images could be spectacular!

We climb back into the van. About an hour before we reached the team hotel, Sonja received the text message:

"David has pulled out of the race". 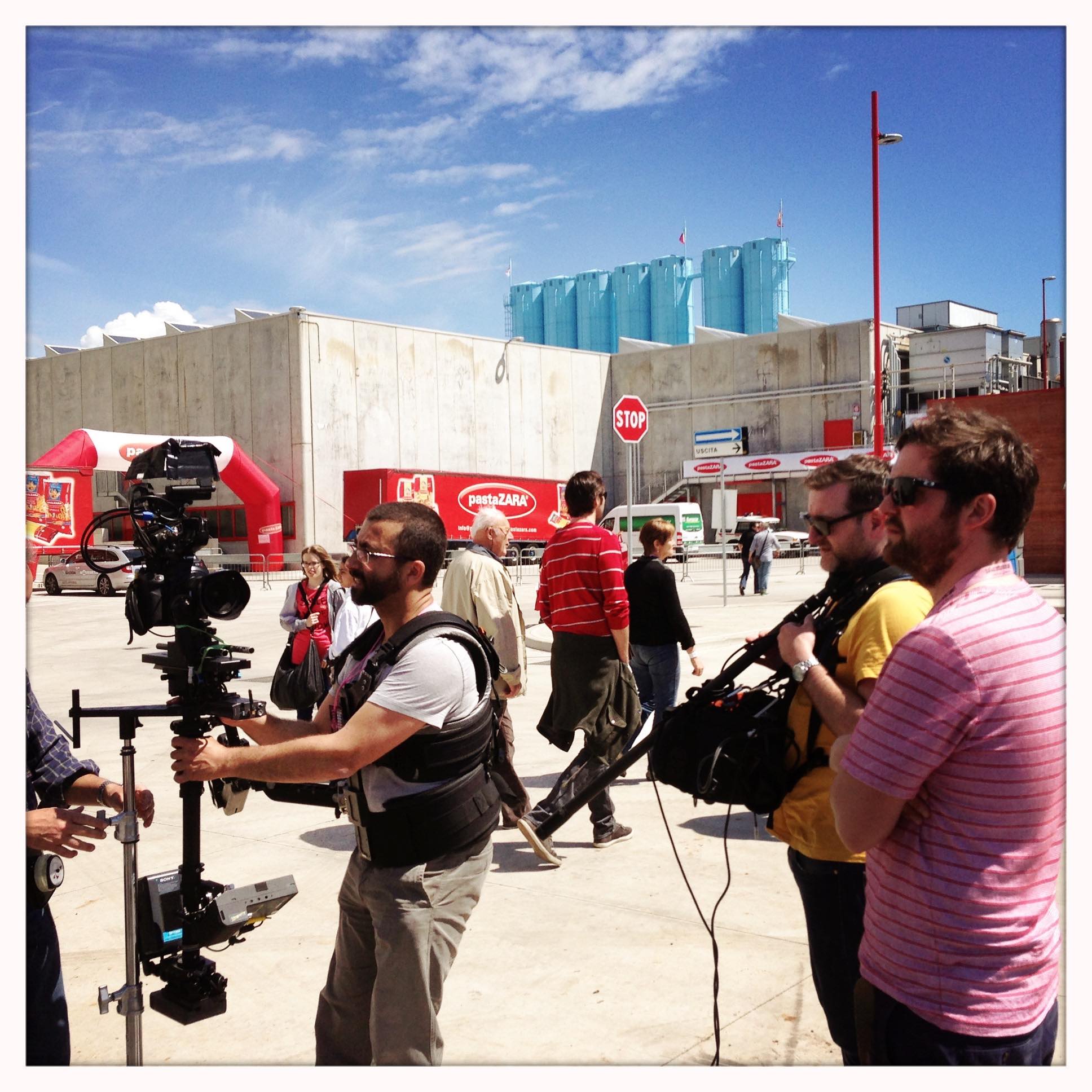 I was telling myself not to worry, we'll think of something. Of course I had no clue what to do. All that money and planning down the drain...

When we arrived, the weather was dreary and our mood sombre. What now? David had a bad cough and was laid out on his hotel bed, clearly struggling to breathe, an allergy to olive pollen. He was sorry but he just couldn't stay in the race. We shared a beer that evening and then he was gone.

I walked out of the hotel with a strange mixture of despair, embarrassmen and sadness but also a strange feeling of optimism. We picked up our VIP Giro d'Italia accreditations and retreated to a very tasty bowl of pasta. We decided that we would continue as planned and shoot with whoever was left of the Garmin Sharp team. 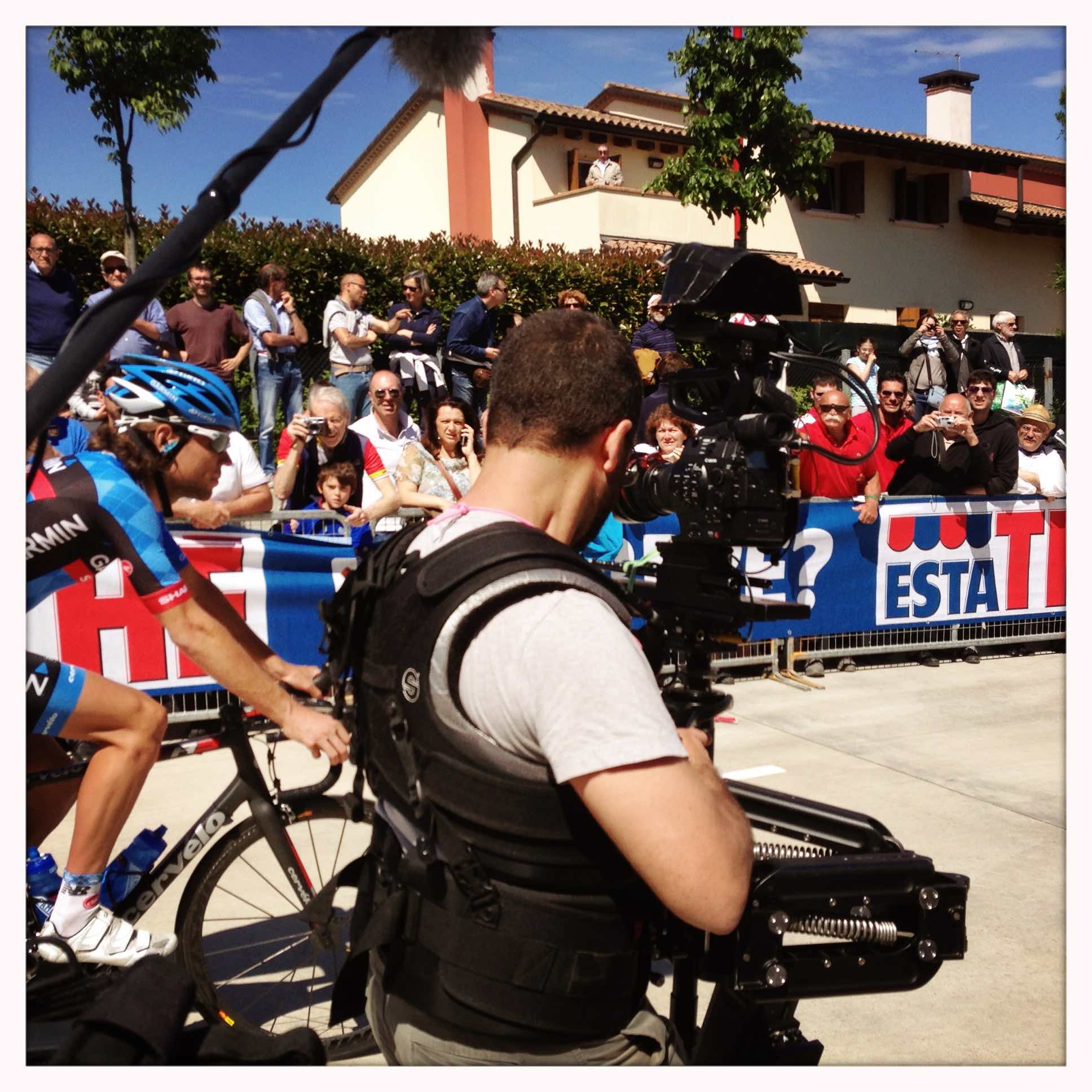 The next day we met Thomas Dekker and Dan Martin. And they became characters in the film and gave us the perfect testing for our shooting set up. We did shoot the Mountain Time Trial with Thomas, on a beautiful freshly tarmacked road in the Dolomites.

Here's part of that early funding trailer from 2013.

Towards the end of...