British Council Blog: Director Finlay Pretsell on the sights and sounds of his cycling doc

The British Council recently caught up with Time Trial Director Finlay Pretsell and his composer Dan Deacon to find out what happened when they hit music-flavoured film festivals SXSW and CPH:DOX.

“Time Trial finds a way to get inside the cyclist’s head, whether it’s reframing interviews into narration of what he’s going through during the race, speeding up and slowing down images to mimic the energy around him or creating a soundscape through the intricate work of sound designer John Sampson and composer Dan Deacon to give the film the hypnotic rhythm that makes racing so alluring.”

Music in film, especially documentary film, is difficult to get right. I’m a big fan of using it to help transport the viewer to a particular place or take part in another world. My films are all about taking the viewer into the experience rather than treating them as spectators on the sidelines. For me watching a film provides an escape from reality, attained by using unlifelike and actual sounds in unison with the pictures.

I like to see my film Time Trial, a documentary about the final races of cyclist David Millar’s career, as a transcendental moment in time. From inception, the intricate sound design and music were always such big characters. These elements play a critical role in achieving full immersion into the world we painstakingly created. The surround sound and focus of a theatre insists that the viewer be involved in the race with the cyclist, not only visually but aurally too. You really feel like you’re in the cut and thrust of the race, as close to taking part as is possible on film. The film is intimate, quiet and graceful but at times overwhelming, stressful and uncomfortable. So when you first listen to the film in a new cinema it can be totally nerve-racking!

David Millar, the subject of the film, producer Sonja Henrici and I arrived late in Austin the night before our North American premiere at SXSW. We headed straight to a local biker bar for the best chilli served in the city at midnight. It set us up for a good sleep! 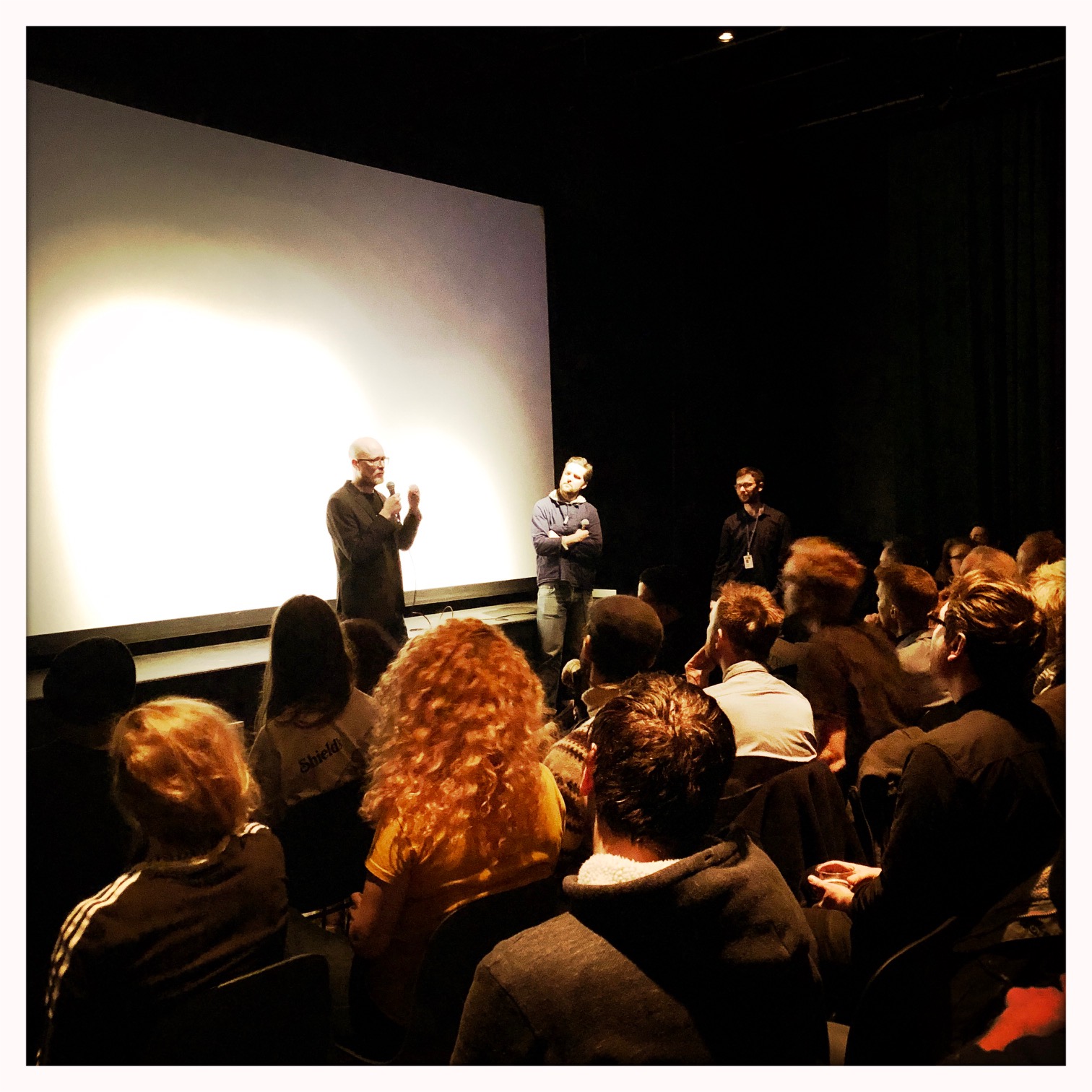 Saturday saw the premiere in the massive Vimeo theatre within the gargantuan Austin convention centre – the beating heart of SXSW. It’s an overwhelming place. Outside the theatre I met with SXSW Music regular and Time Trial's composer Dan Deacon, who came in from Baltimore to support the film and play some gigs during the week. We did some official photos with David and Dan, a soundcheck, and nervously padded around. The film sounded fantastically loud and, in parts, overwhelming – perfect!

After the screening we answered many questions and received lots of really positive feedback from the audience. It’s hard to explain the mix of emotions playing a film you’ve lived and breathed for so long to an audience for the first time. It's wonderful and exciting but loaded with apprehension and anxiety.

That night Dan was headlining the official Vimeo party, which acted like our unofficial after-party. He played a typically boundary-busting live show, wowed everyone with his eclectic high-energy sounds and encouraged audience participation. There was massive dance-off and a "human tunnel" where (like at a Scottish ceilidh) the crowd put up their arms and each took turns to run through the "tunnel", snaking outside the venue and over the road and back in to the banging beats, refreshed by some cool air and ready to dance again.

Dan and I also took part in a SXSW session talking about the composition of Time Trial and composing generally. Unlike me, Dan is incredibly good at riffing in these situations! You can listen to the session here. I discovered a new band called Ed Schrader’s Music Beat who played a rip-roaring show on our last night. To sum up: sell-out audiences, long Q&As, plenty of sun and a little barbecue contributed to a superb few days. 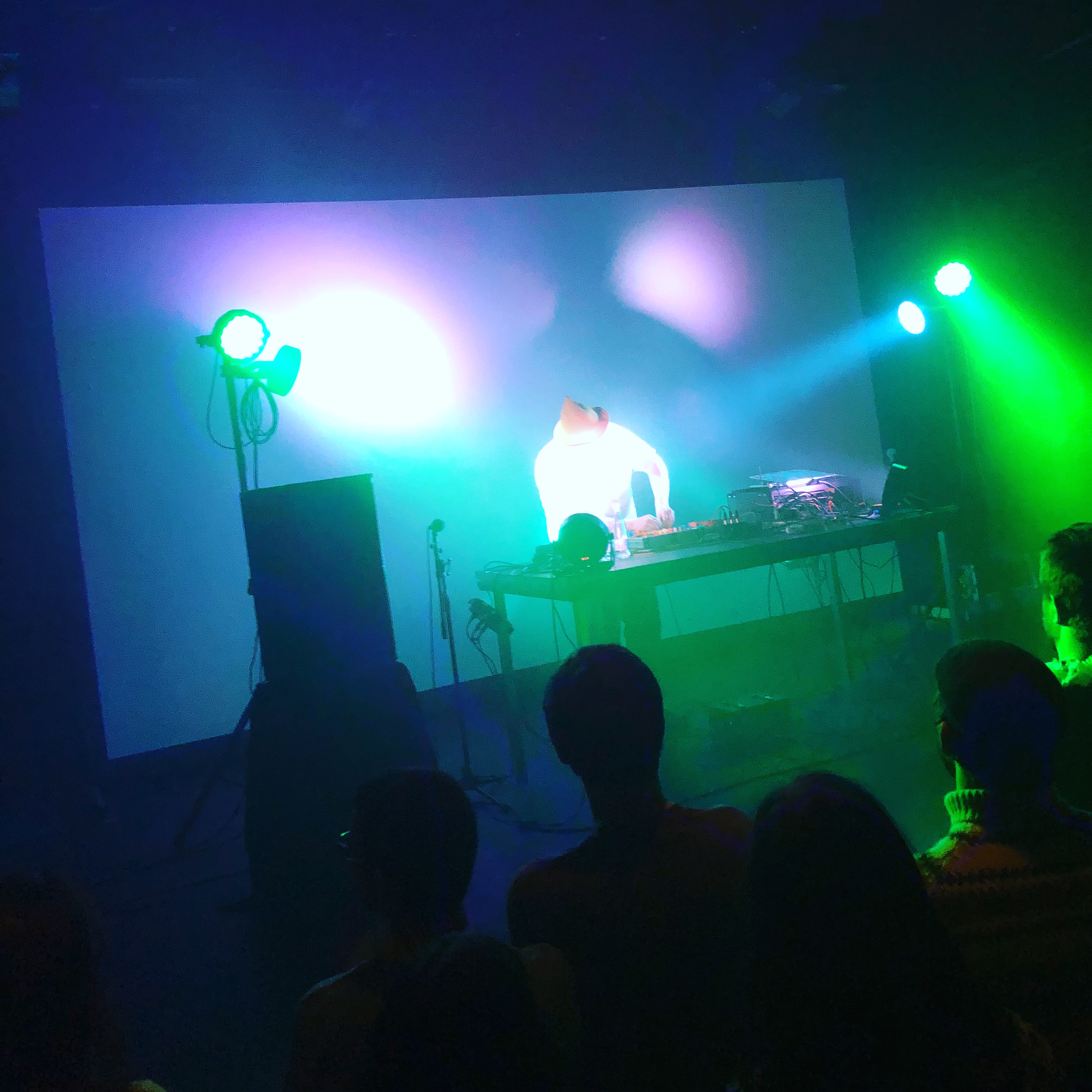 After a day back in Edinburgh I was off to Copenhagen for the well-respected Danish film festival CPH:DOX where my film was screening. I was also on the F:ACT jury – which judges films that bridge the gap between documentary filmmaking and investigative journalism – with two Syrians, an American and a Dane. We spent an intense few days viewing a variety of hard-hitting and, at times, difficult to watch films. The hellish reality of life all over the world is hard to ignore with so much exposure to it, but watching these deeply moving stories and discussing them with my fellow jury members reminded me of the freedom we have in this country, something that I often take for granted.

For the final screening on the SXSW/CPH:DOX tour we did an awkward extended introduction to the film that was given a much-needed injection of humour by the director of programming, who said some lovely words: “The next cycling film masterpiece after Jørgen Leth’s A Sunday in Hell”.

Dan took to the stage right after the film to keep up the intensity with a typically bombastic gig, a live "extension" of the film in converted music venue, Hotel Cecil. Once again we were running though the human tunnel, up the stairs, outside into the street and then back down into the basement for some more banging beats – what a rush. Dan's gigs really are something to experience – hyperactive, mesmeric, frenetic and with a very different feel to the ethereal, transcendental composition in the film. I think Dan is fast becoming one of the finest film composers out there – I’m glad I got in there early! There on the dance floor I was overwhelmed for a moment by a mixture of pride and emotion having spent so many years getting the film to this stage. A perfect end to a whirlwind few weeks!

Time Trial will be in cinemas in the UK on 29 June and the soundtrack will be released in due course.

This article has been reposted from the British Council website with their permission, you can find the original article HERE.